In 2010, she founded Futuro Media, an independent nonprofit organization with the mission of producing multimedia content from a POC perspective. Through the breadth of her work and as the founding co-anchor of the political podcast, "In the Thick," Hinojosa has informed millions about the changing cultural and political landscape in America and abroad.

She is the author of “Once I Was You,” a memoir that shares her intimate experience growing up Mexican American on the South Side of Chicago. She offers a personal and illuminating account of how the rhetoric around immigration has not only long informed American attitudes toward outsiders, but also sanctioned willful negligence and profiteering at the expense of our country’s most vulnerable populations—charging us with the broken system we have today. It’s an urgent call to fellow Americans to open their eyes to the immigration crisis and understand that it affects us all. It’s a portrait of how we got here and what it means to be a survivor, a feminist, a citizen, and a journalist who owns her voice while striving for the truth. The memoir is also published in Spanish, as “Una vez fui tú.” Both versions are currently available.

In “Once I Was You,” the Young Readers Edition, available August 2022, Hinojosa combines stories from her life, beginning with her family’s harrowing experience of immigration, with truths about the United States’ long and complicated relationship with the people who cross its borders, by choice or by force. Funny, frank, and thought-provoking, Hinojosa’s voice is one you will want to listen to again and again.

There will be a book signing immediately following the session.  Complimentary books will be available. 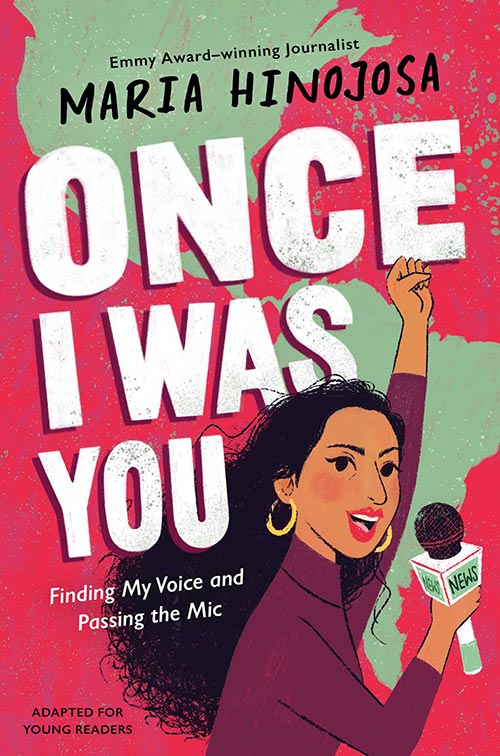