R.L. Stine is a New York Times bestselling author, short story writer, television producer, and screenwriter. To date,  he has sold more than 400 million books that have been translated into 35 languages, making him one of the bestselling authors in history. In 1986, Stine wrote his first teen horror novel, "Blind Date" which became an instant best-seller. Many scary teen novels followed, including "Beach House," "The Babysitter," and "Hit and Run." Later, he created "Fear Street,” which became the bestselling Young Adult series in history, with more than 100 books. In the early 1990s, Stine introduced "Goosebumps," a series of children's horror fiction novels that follow children who find themselves in scary situations, usually involving monsters and other supernatural elements. A ”Goosebumps” television show, merchandise, and movies followed. Other popular children's book series by Stine include "It's the First Day of School Forever," "A Midsummer Night's Scream," Young Scrooge," and two picture books with Marc Brown, "The Little Shop of Monsters" and "Mary McScary."

In his new book, “Stinetinglers”, available August 2022, Stine delivers 10 new stories that will leave kids shivering. Laced with his signature humor and a hefty dose of nightmarish fun, "Stinetinglers” is perfect for fans of scary stories and prove that Stine’s epic legacy in the horror genre is justly earned. Dive in and beware: You might be sleeping with the lights on tonight!

Betsy Bird is the Collection Development Manager of Evanston Public Library and the former Youth Materials Specialist of the New York Public Library. She blogs frequently at the School Library Journal site A Fuse #8 Production, and reviews for Kirkus and the New York Times on occasion.

She is the author of the picture books “Giant Dance Party” and “The Great Santa Stakeout”, and she co-authored the very adult “Wild Things: Acts of Mischief in Children’s Literature." She is the editor of the middle-grade anthology of funny female writers “Funny Girl” and author of the upcoming debut middle-grade novel “Long Road to the Circus,” illustrated by Caldecott Award winning illustrator David Small.

Bird hosts two podcasts, Story Seeds, which pairs kids and authors together to write stories and the very funny Fuse 8 n' Kate, where she and her sister debate the relative merits of classic picture books. 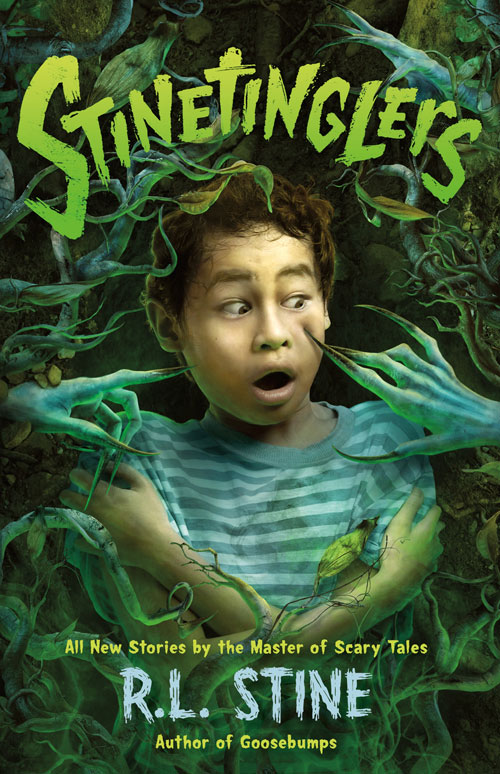