John Cho’s prolific acting career has spanned over two decades, from his breakout roles in the cult comedies "Harold and Kumar Go to White Castle" and "American Pie," to his iconic portrayal of Sulu in the blockbuster "Star Trek" franchise, to more recently starring in his critically acclaimed and award-recognized performance in "Searching" and Netflix's "Cowboy Bebop." He has continued to deliver compelling performances in both film and television and has positioned himself as one of the first Korean American actors in the mainstream to breakthrough business and cultural barriers.

In the summer of 2020, as the George Floyd protests broke out and anti-Asian violence was on the rise, Cho decided to write a book about the Los Angeles riots, a book he describes as one he wished his younger self could have read. He was a 19-year-old student at U.C. Berkeley when the riots happened, and years later he continues to struggle with the traumatic incidents that took place over the five days of unrest in 1992. There was a line between those five days and the 2020 uprising that Cho says he couldn’t ignore, not for himself or for his children. Written for a young adult audience, Cho’s novel, "Troublemaker," is a sincere attempt to make sense of an event that we are still trying to understand. It follows the events of the LA Riots through the eyes of 12-year-old Jordan as he navigates school and family and will highlight the unique Korean American perspective.

Cho is the proud father, with his Japanese American wife Kerri, of two children who love to read. 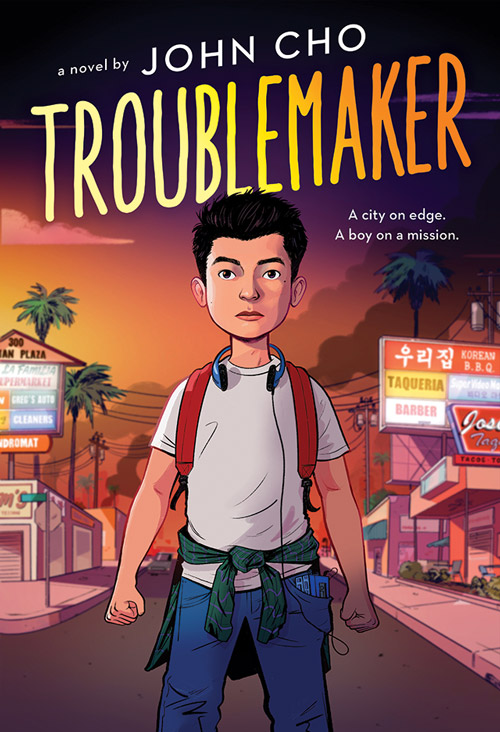